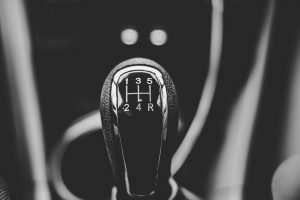 Early in my leadership role working with small teams, I realized that most people liked me. My relational connections with my team members were very strong and I was able to please each one of them. I worked very hard at developing my people-pleasing skills. At one point, leadership for me is all about – “Make people happy and they will follow you”. I was continually asking myself one question: “Is everybody happy?”

No leader can please everyone all the time. It took a while for me to realise that I was doing things backwards. All this while, my goal had been to get people to like me enough so that I could gain the confidence to ask them for commitment. If they declined I simply worked harder to try to get them to like me more, thinking that would solve the problem. I gave the most time and energy to the unhappiest and least committed people, even though they are neither superstars nor contributing to the vision or helping the company to move forward. I was letting the tail wag the dog instead of the dog wag the tail.

I finally realized that I wasn’t leading people. I was trying to please them thereby making them and myself feel good. I wasn’t moving the organization forward. I was in the friendship business, not in the leadership business.

I was not helping people to do better and get better. I have now moved from Pleasing people to Challenging People. It was not an easy process for me. My desire to be liked by others was deeply rooted within me to the point where the best days in my leadership were the ones when people affirmed me. I craved for affirmation every single day. Now, I realized that affirmation doesn’t equal leadership accomplishment.